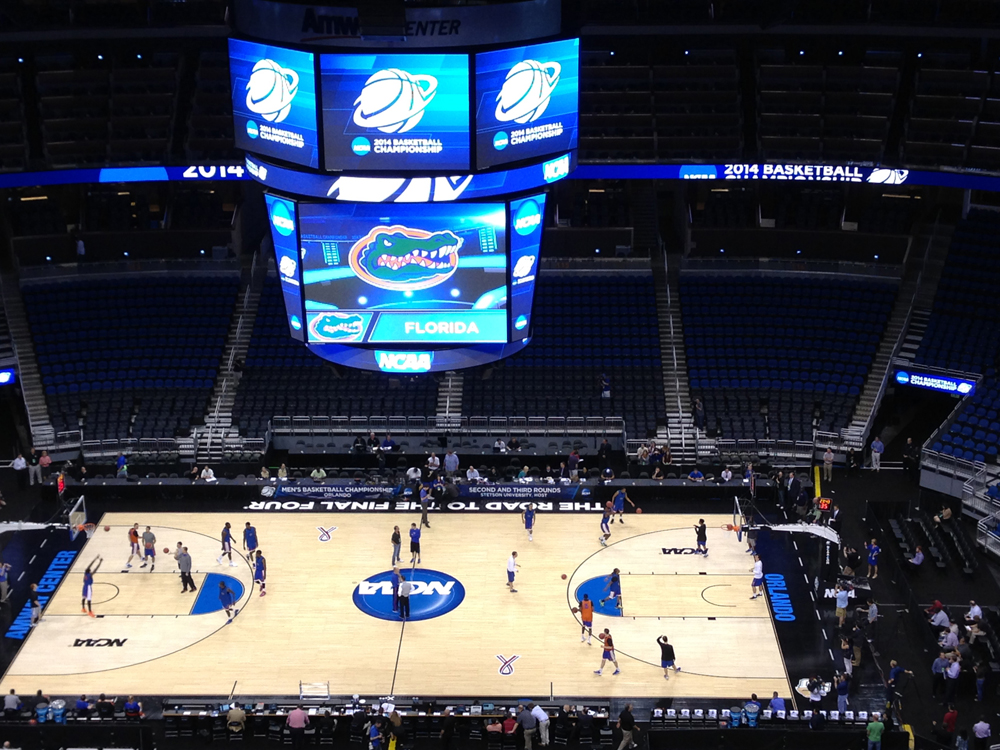 ORLANDO, APRIL 2, 2014 – When the second round of the NCAA Men’s Division I Basketball Championship kicked off at the Amway Center in Orlando, Florida on Thursday, March 20, Professional Wireless Systems (PWS), experts in supplying and supporting wireless systems for live, broadcast events and installations, was courtside to provide frequency coordination for the tournament.

Commonly referred to as “March Madness,” the six games played at the Amway Center were held over two days for the second and third rounds of the South region bracket. The onsite PWS team was responsible for handling 175 channels of wireless for the broadcast media (TNT and CBS), visiting and local media as well as in-house arena frequencies.

“PWS’ expertise and extensive experience providing frequency coordination for such high profile sporting events, such as the NBA Finals and the SuperBowl, allows us to streamline the process in terms of how we handle the media and all of their wireless needs for events like the NCAA basketball tournament,” says Jim Van Winkle, general manager, PWS. “March Madness is unique in that there are four games played in one day at the same venue, so we are extremely busy coordinating visiting media from eight various college cities as well as national media. Large scale events like this are always challenging for us, but our team once again did a fantastic job.”