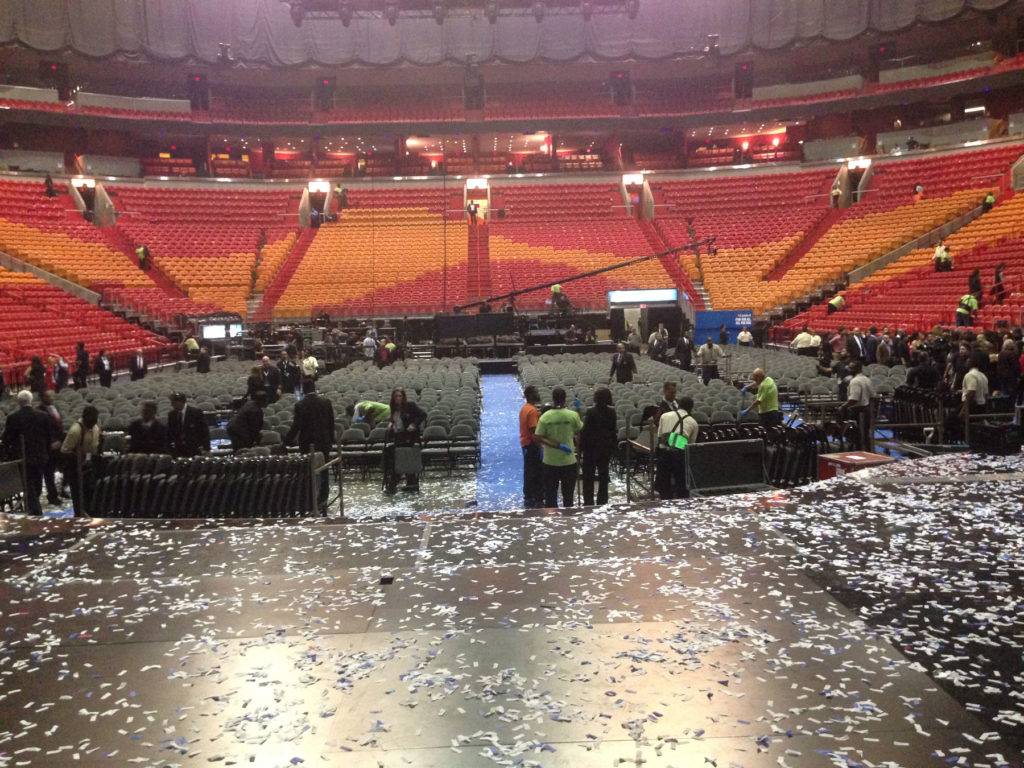 MIAMI, MARCH 20, 2014 — Professional Wireless Systems (PWS), experts in supplying and supporting wireless systems for live and broadcast events, helped set the stage for the 26th annual star-studded Premio Lo Nuestro Latin Music Awards at the American Airlines Arena in Miami, coordinating the show’s wireless needs for all aspects of this year’s event, including the main show as well as the red carpet and post-awards segments.

Presented by television network Univision, Premio Lo Nuestro honors the year’s best Latin music. First airing in 1989, the awards show features appearances and dynamic performances by famous Latino actors, musicians and show business personalities, including Marc Anthony, Romeo Santos and Daddy Yankee, among others. The show is broadcast throughout the Americas and this year was watched by 9.5 million viewers in the United States.

PWS has been working with Univision for 16 years to provide frequency coordination for its three annual awards shows, Premio Lo Nuestro, Premio Juventud and the Latin GRAMMYA® Awards. For this year’s Premio Lo Nuestro show, PWS worked side-by-side with Acoutech, the show’s PA provider, to ensure that 162 frequencies remained solid and interference-free throughout the evening’s performances.

“We have enjoyed a long relationship with Univision and the Premio Lo Nuestro show, and were excited to once again provide frequency coordination services for this year’s spectacular,” says Jim Van Winkle, General Manager, PWS. “Miami is always a challenging market since it is a highly congested RF area, but our expert team once again did an amazing job in ensuring the show went off without any issues.”

PWS utilized the Shure Axientâ„¢ systems’ wideband receivers, power management and remote control capabilities in addition to COMTEK BST-25’s for the host IFBs. Telex BTR-800s, provided by PWS and Univision, were used for the show’s wireless intercoms. PWS also deployed a combination of its Domed and Helical Antennas, all running through its GX-8 Combiners for transmission, in addition to its DB-IC Multicouplers for the receive end. Tying everything together, PWS managed the show’s frequencies with its own Intermodulation Analysis System (IAS). IAS is a complete frequency management tool that helps coordinators quickly chose the clear frequencies for each specific wireless system and tuning range.

Another challenge that the PWS crew faced while working at the show was managing to track down interfering ENG crews that were shooting in the building and not coordinated with the show’s wireless frequencies. PWS provided exceptional service in its RF coordination, immediately locating all interfering sources and correcting any potential issues that may have arisen during the show’s broadcast.