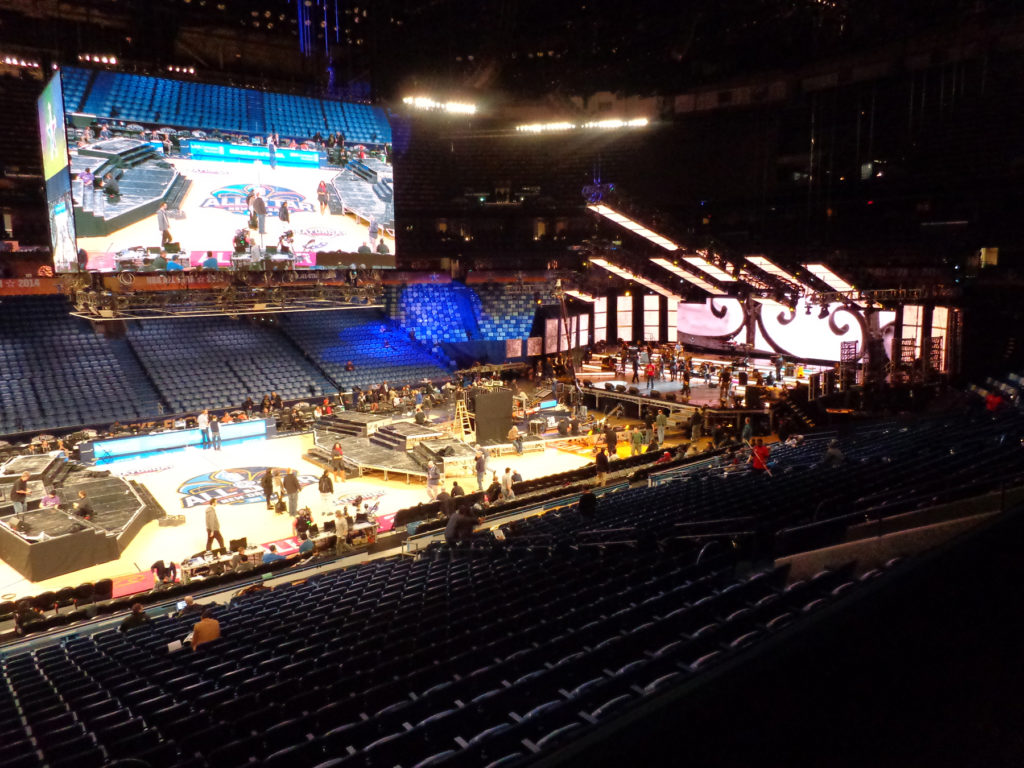 In addition to the game itself, PWS provided RF support throughout the entire All-Star weekend, which included the NBA Jam Session at the New Orleans Ernest N. Morial Convention Center, as well as all other official events, including the Slam Dunk Contest, Three-Point Shootout, Celebrity Game and Rookie Game. In total, the PWS team was responsible for handling close to 600 frequencies across the two locations.

“This is our tenth time providing frequency coordination for the NBA All-Star Game and its related events, and the experience and expertise we bring with us streamlines the process in terms of how we handle the media and all of their wireless needs,” says Jim Van Winkle, general manager, PWS. “We try to do as much pre-production work as we can before we actually arrive on-site for the event. This includes performing a frequency sweep at the venues and then acquiring specific information from the other vendors and media such as make, model and frequency band. Lead RF Coordinator James Stoffo creates a very specific frequency band plan. It’s sometimes a little inconvenient for some vendors and media outlets, but it’s all for the sake of keeping the spectrum clean for everyone involved and ensuring an interference free weekend. The PWS team once again did an incredible job in ensuring that a very crowded RF spectrum remained interference free for all users.”

Packet Logix deployed a 2.4- and 5GHZ network throughout the Smoothie King Arena and the Convention Center. PWS helped coordinate and manage the system—tracking down uncoordinated and rogue devices to help maintain good signal and data flow. Once located and identified, the individuals or clients who were out of compliance were asked to shut down or move to an acceptable Wi-Fi channel. Working alongside the Packet Logix team, PWS successfully traced down and removed more than 50 unauthorized users in the allocated range. In addition to ensuring that arena vendors could operate their 2.4GHz devices without causing interference, PWS also closely monitored the press to ensure that they were using the arena’s Wi-Fi and never accessing the Internet through their own cellular hotspots. This proved essential to the event’s overall success, as any used hotspots had the potential to crash the entire Wi-Fi channel.

In addition, PWS managed the frequencies and transmitters for Quantum Q5X’s wireless microphones, which were used to capture audio directly from the players. Quantum’s RF transmitters were designed to be small enough to not be obtrusive, but at the same time it has the power to last through the entire event – from pre-game all the way thru to the final game ending buzzer. The mics and transmitters are sewn directly into the player jerseys and are not accessible thereafter for any adjustments, making the remote control capabilities, including power, gain control and frequency changes, an essential component. The antenna system utilized for the player mics was the PWS Domed Helical because of its wider pattern and circular polarization.