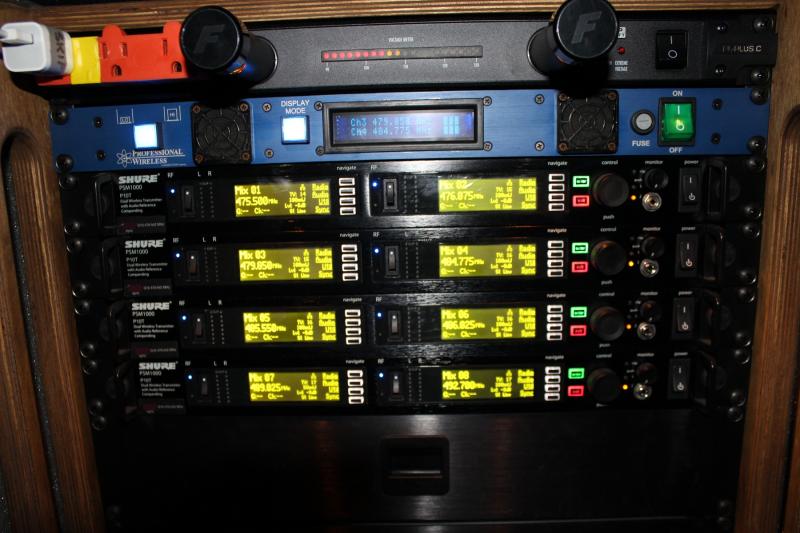 When the hottest names in the Hispanic entertainment industry converged at the BankUnited Center in Miami for the 11thannual Premios Juventud awards show, Professional Wireless Systems’ (PWS) expert team was busy managing frequency coordination for the star studd

Broadcast by Univision, Premios Juventud (Youth Awards) is an awards show that nominates Spanish-speaking celebrities to celebrate their artistic achievements in unique categories within the areas of film, music, sports, fashion and pop culture. The awards show relies on the public to nominate their favorite singers, athletes and actors for award consideration and to then subsequently choose the winners through an online voting portal. Past winners include high-profile pop culture celebrities such as Pitbull, Enrique Iglesias, Ricky Martin, Jennifer Lopez and Antonio Banderas.

The RF team turned to a host of PWS support equipment, including a combination of its Domed and Helical Antennas, DB Series – Multicouplers for microphones, as well as GX-8 Combiners used for intercom, IFB and in-ear monitors. PWS’ own Intermodulation Analysis Software System (IAS) was also utilized on site, as it provided a complete solution in managing the shows’ frequencies. PWS’ IAS software cuts down on setup time by combining a database of wireless performance equipment and access to local television frequencies in use.

“We did the preproduction coordination based on last year’s scan and then took a fresh scan on arrival and made a few adjustments,” says Morris. “The most serious obstacle that we faced this year was antenna placement. The set featured LED walls on three sides, so we had to find holes to aim antennas through and then be very careful with gain structure so as not to absorb too much spurious RF emission from the LEDs that would render the noise floor unacceptable.

“The LED set was a challenge this year, but as always, it was something we were prepared for and were able to overcome,” says Jim Van Winkle, general manager of PWS. “Each year Premios Juventud continues to grow making our job more complex, but the crew did a great job and the show went off without a hitch.”