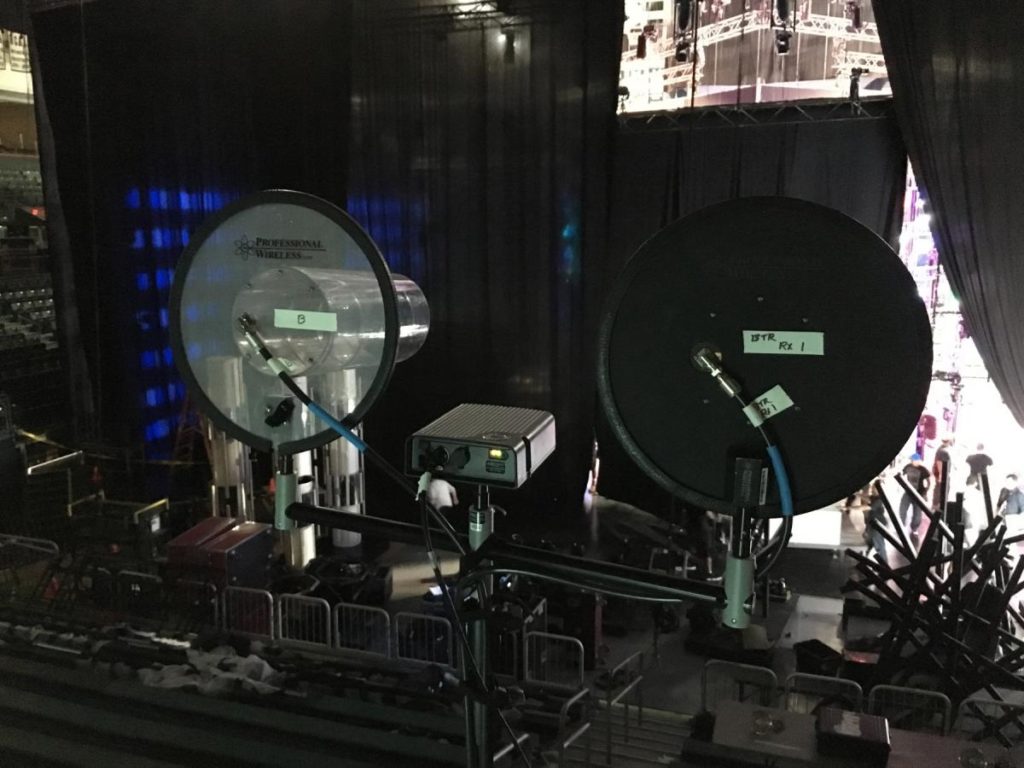 The PWS RF crew consisted of Lead RF Engineer James Stoffo and RF Intercom Technician Gary Trenda. According to Stoffo, “This was the most challenging Latin Billboard Award show in the 17 years that I have been working it. It was necessary to spread out the wireless systems in frequency band as much as possible due to the congestion of DTV stations in the Miami metro area. In addition, we had a host of manufacturers represented including Sennheiser Digital 9000 systems for the RF podiums, Sennheiser, Shure UHF-R and Axient systems for performance and production wireless microphones. We could not have achieved success without the versatile PWS RF Splitter to feed all other receiver systems.”

For communications, Clear-Com Freespeak II and Telex BTR-800 systems were deployed with Shure BRH440M and BRH441M headsets. Comtek IFB and Lectrosonics new VHF IFB systems were in use for talent and listen only program material. The wireless intercom system needed to cover a large portion of the venue and hallways so PWS deployed a zoned antenna system in order to achieve excellent coverage in all areas.

“PWS deployed Dante connectivity and a full range of new cases for this event, which aided in streamlining both set-up and tear-down,” says PWS General Manager Jim Van Winkle. “Our new FastPack racks, custom workboxes, and low profile antenna stands aided in cutting down our footprint and the time it took us to get the system up and running, which is always a benefit for large-scale broadcasts. I would like to extend a special thank you to the team at Telemundo as well as Stoffo and Trenda who were on site ensuring a flawless execution of the wireless gear and its related RF frequencies.”

The Billboard Latin Music Awards honor the most popular albums, songs and performers in Latin music, as determined by the actual sales, radio airplay, streaming and social data that informs Billboard’s weekly charts during a one-year period from the issue dated February 7, 2015, through this year’s January 30, 2016, issue.