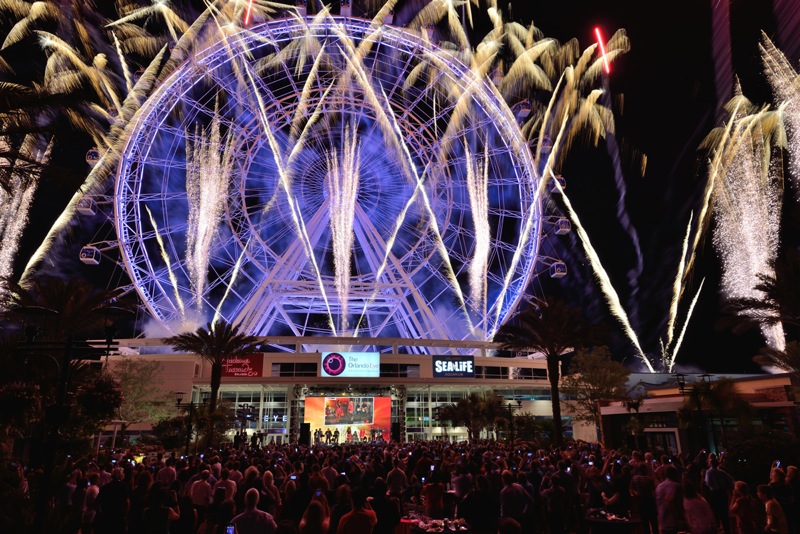 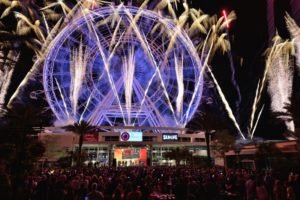 An April 29 press event promoting the May 4 opening of the 400-foot-high Orlando Eye observation wheel featured daredevil Nik Wallenda walking across the rim of the turning wheel with no strings, cables or lifelines attached. Merlin Entertainment, which operates the wheel, worked with Glickman Productions audio designer Travis Hill and LMG-supplied audio gear for the event, with Professional Wireless Systems (PWS) also providing a wireless assist.

When the world’s fifth largest observation wheel, the Orlando Eye, celebrated its opening, Professional Wireless Systems (PWS) went along for the ride, providing its expert wireless solutions for the Merlin Entertainments attraction’s nationwide-anticipated press event. During the event, daredevil Nik Wallenda walked across the rim of the 400-foot observation wheel untethered in front of hundreds of journalists from around the country during a live, national television broadcast.

The press watched the famed daredevil complete one of his most dangerous, death-defying stunts, to-date. In preparation for the crowds of reporters ready to swarm the scene, Bob Glickman, Glickman Productions event producer, along with Glickman Productions’ audio designer, Travis Hill, collaborated with PWS for the team’s seasoned expertise in managing wireless communications during large-scale entertainment events. LMG was the main audio provider for the event.

“Hill specifically wanted to work with a team that would be comfortable handling the press,” says Evan Hall, PWS project manager. “Having worked hundreds of press events, the team is well-equipped to handle check-in and understand how to effectively communicate and coordinate with all production personnel on a high-profile entertainment project to ensure a smooth, interference-free event.”

Under the leadership of Hall, the PWS crew, including Eric Radvanyi, RF assistant; and Chris Caiazzo, press interface and PWS freelancer, handled the wireless intercom for all stage managers positioned around the observation wheel and supported all communications to the stage managers and safety personnel surrounding Wallenda during his stunt. “We had to cover production crew members stationed on the ground surrounding the observation wheel, as well as the stage managers positioned inside some of the 30 passenger capsules who were in constant communication with additional team members spread out across multiple rooftops,” he says.

To complement the audio, video and lighting equipment provided by Glickman Productions, PWS supplied a comprehensive wireless systems package, including Radio Active Designs’ UV-1G systems with 24 belt packs for wireless intercoms for their impressive range and ability to work within the VHF spectrum, as well as an assortment of PWS VHF panels and Helical Antennas. “Utilizing the VHF spectrum during this event was a game changer for us, as we were able to manage wireless communications for the event with only two zones of intercom,” Hall adds. “If we relied on the UHF spectrum instead, we would have had to deploy more antennas and run more cables, complicating the entire setup.”

In all, Wallenda’s stunt and the opening of the latest attraction to grace the Orlando I-Drive 360 entertainment complex proved successful. “Hall, Radvanyi and Caiazzo all did a terrific job in anticipating any concerns and maintaining effective communication with all involved production personnel,” concludes Jim Van Winkle, PWS general manager. “We are very thankful to have been given the opportunity to work closely with Glickman Productions, Travis Hill and LMG to ensure an incredible, action-packed unveiling.”

Located in the most-visited tourist destination in the world, the Orlando Eye made its official opening to the public on May 4. For more information, visit https://www.officialorlandoeye.com/.