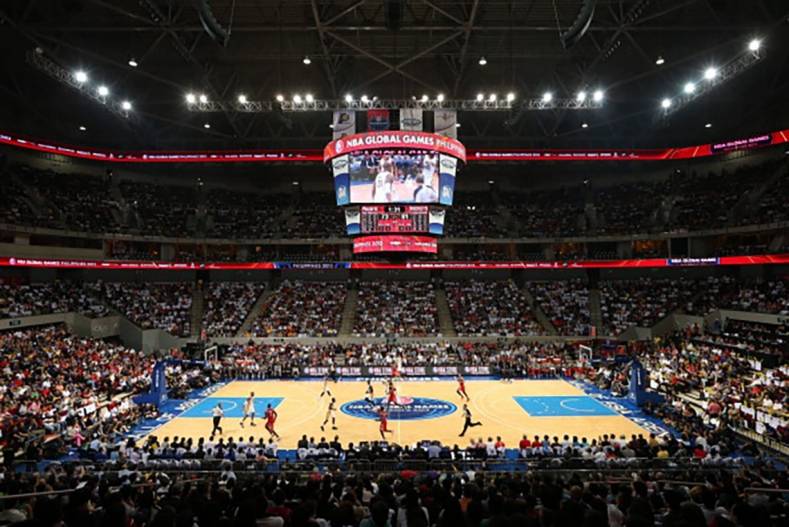 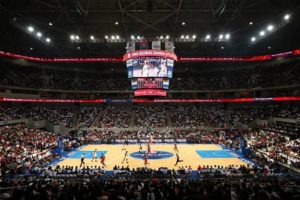 DECEMBER 3, 2014 – Wireless frequency coordinators Professional Wireless Systems (PWS) was courtside to manage all wireless frequencies used during a game as part of the on-going NBA Global Games Mexico City 2014 tournament. The PWS team coordinated approximately 110 frequencies for a single game, ensuring that there were no dropped signals or unwanted interference during the live telecast.

As the Houston Rockets and Minnesota Timberwolves tipped off at the Mexico City Arena on November 12, PWS’s overall goal was to provide frequency coordination for all wireless communications. This allowed multiple wireless frequencies to be used in conjunction with one another without interference. PWS’ presence reaffirmed that the NBA would have clear communications throughout the event, without worry of dropped signals or unwanted interference during the live show.

Two challenges that the PWS team faced in managing frequencies while on-site centered on combating potential signal interference from several active TVBDs in the area and successfully coordinating frequencies with the influx of international media. “There were many more frequencies in use in the area than initially anticipated, which meant that our team had to be prepared and on-guard for unexpected challenges and potential interference during the game,” said John Garrido, PWS’ main RF coordinator for the event.  PWS utilized a selection of equipment, including multiple Telex BTR-800s with wireless intercom beltpacks for extended coverage and range, the ShureUHF-R wireless system, and an assortment of Shure handheld microphones and Lectrosonics IFB kits. In addition, PWS set up a main intercom master station for the game’s courtside lead director, which enabled her to utilize multiple channels at one time and effectively coordinate the game entertainment with all parties involved. For this event, PWS also supplied all the hardware for the hard-wired communications using a Telex RTS-BP325 for all technical positions, which amounted to 25 drops. 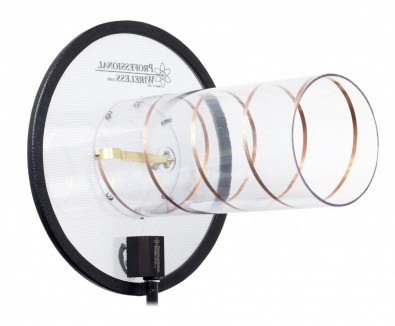 PWS’ Helical Antennas are part of a new generation of antennas that provide greater bandwidth, longer range, greater reliability and more flexibility than other antennas.

“The intercoms proved essential during the event and kept the production running smoothly, allowing crew members to seamlessly coordinate the timing of all talent acts,” adds Garrido. “At one point, one of the team mascots acted out physically eating the game floor host! It seems a crazy act in and of itself, but it is one that was only possible because she was working with wireless equipment.”

Along with the on-court action, NBA Global Games 2014-15 will feature a variety of off-the-court activities, including NBA Cares community programs and interactive fan events in each city. The games will also be supported by a variety of marketing and merchandising partners, and fans will be able to receive real-time updates through the NBA Game Time App, on NBA.com, and NBA social media channels, as well as watch globally on television and digital media, including NBA League Pass International.