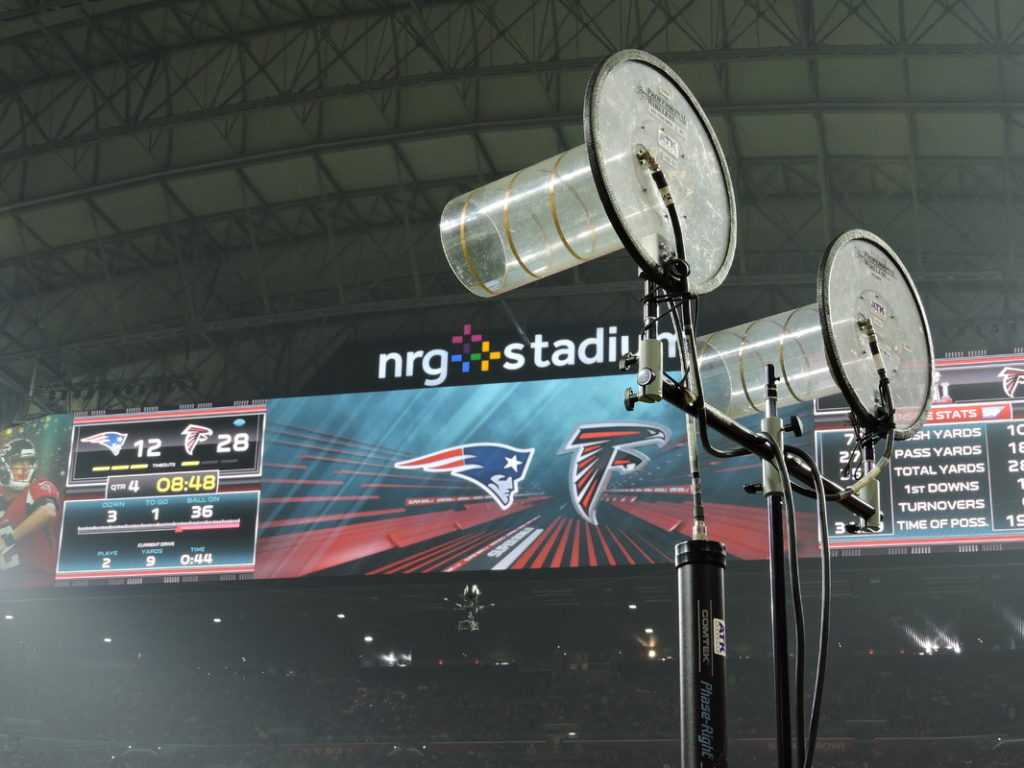 When the New England Patriots and Atlanta Falcons took the field for Super Bowl LI at NRG Stadium in Houston, Texas, Professional Wireless Systems (PWS) was on-site once again, working closely with Karl Voss and the NFL Game Day Coordinators (GDC’s), to supply RF management for the NFL referees and the on-field entertainment. ATK/Versacom partnered with PWS to bring to life the spectacular halftime performance by Lady Gaga, as well as the proceedings just before the game. PWS and ATK also handled the post-game festivities, which included the awarding of the Lombardi trophy and recognizing the MVP.

PWS General Manager Jim Van Winkle and PWS lead RF Coordinator Gary Trenda began collaborating with ATK/Audiotek’s Project Manager Paul Liszewski and General Manager Brett Valasek in October to establish the needs of the show and game. They also worked with Matt Campisi of ATK/Versacom who handled all the intercom needs of the pre-game, halftime and post-game show.

To prepare an initial list of required frequencies for PWS’ portion of the events, Van Winkle and Trenda conducted a site survey and frequency sweep at NRG Stadium to see what they were up against in terms of spectrum. PWS submitted its list of frequency requirements to Karl Voss, the NFL’s lead frequency coordinator, who performed the frequency coordination for the Super Bowl and all surrounding events. Voss assigned frequencies to PWS for the gear provided by them and ATK, which included Shure Axient wireless microphone systems, Sennheiser 3732/5200-II microphones as well as Shure PSM 1000 In-Ear Personal Monitoring Systems. Voss assigned a GDC to oversee PWS’ activities throughout the game and entertainment portions as well.

The Super Bowl presents its own unique set of challenges due to the size and complexity of the event. This year, PWS handled frequencies and equipment for the cast of Hamilton who sang ‘America the Beautiful’ and for Luke Bryan who sang the National Anthem, all on Shure Axient. The halftime show, which was entirely performed by Lady Gaga, utilized Sennheiser 3732 receivers with SKM 5200-II handhelds and Sennheiser MD5235 capsules. In addition, PWS managed 8 Shure PSM 1000 in-ear monitor channels with 32 receivers being deployed for the halftime show. PWS was also responsible for overseeing the frequencies for each of the referee mics, which were Axient body packs with a custom switch built by ATK.

“This was a very challenging event due to the amount of studio shows, ENG crews and other key personnel with wireless gear on the field,” says Trenda. “All of the RF gear was coordinated closer together than normal due to the crowded RF environment resulting in its own set of challenges that we managed to overcome. PWS also supplied several of its Helical antennas for the event, which were deployed on the sidelines on stands. We used zoned antennas to make sure the entire field was covered during pregame and halftime, without being in the way of the moving parts during the halftime show.”

In total, the PWS team operated close to 100 of the 1,000 frequencies being used and guaranteed that spectrum users were not interfering with one another during the Super Bowl’s entertainment segments.

“The Super Bowl is a monumental event,” adds Van Winkle, “and this year Gary Trenda was brought in as lead RF coordinator for the PWS team for the first time. I couldn’t be happier with how Gary handled the entire event, from pre-production all the way through to strike, he was focused and determined, resulting in complete confidence from the crew involved and another flawless show. The remaining PWS team, consisting of Deb Munini and Cameron Stuckey, who have both done past Super Bowl events, did a spectacular job this year in handling gear deployment to key people, including the talent for both the pregame and halftime show, and setting up the perfect antenna distribution. With the help of Karl Voss, our partnership with ATK and the Versacom crew and the team at FOX, all of whom are always great to work with, the game and related entertainment segments went off without any issues. Everybody was thrilled with the end result.”